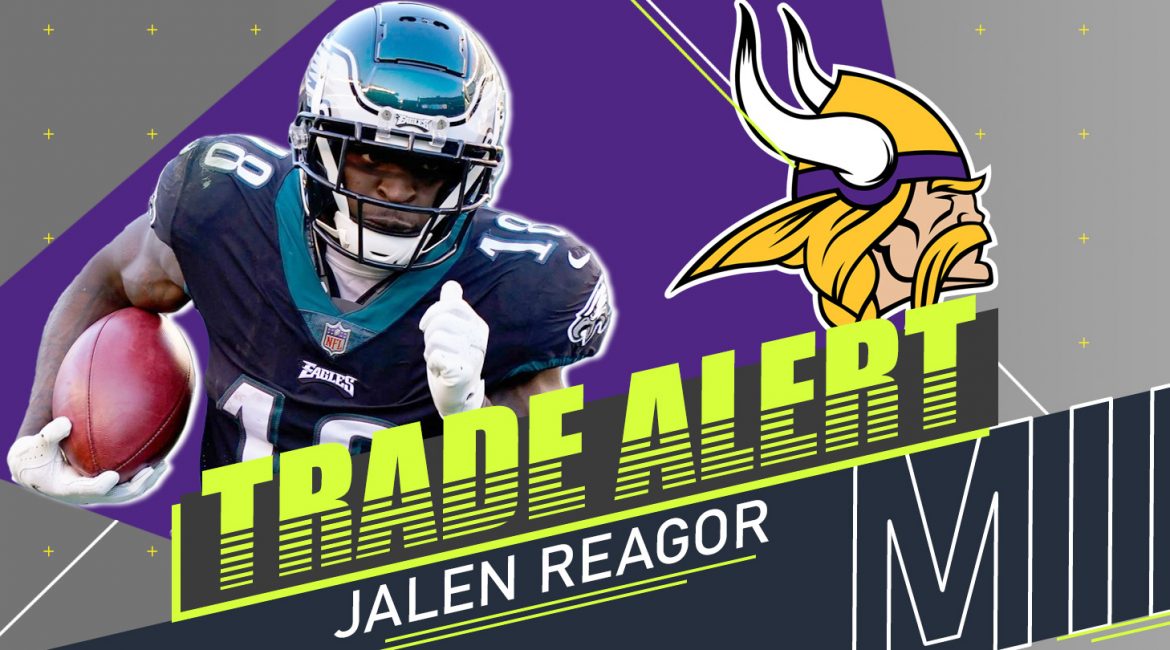 In exchange, the Eagles receive a conditional fourth-round selection in 2024 that might drop to a fifth-round pick if certain statistical thresholds are not fulfilled, as well as a seventh-round pick in 2023.

In the 2020 NFL Draft, the Eagles took Reagor with the 21st overall pick. In his two seasons in Philadelphia, he fell short of expectations, catching 65 receptions for 695 yards and three touchdowns. Given that he was chosen before Justin Jefferson, who the Vikings seem to be on the verge of making a star out of, those expectations were particularly high. Ironically, the two are currently teammates.

After having the most reliable offseason of his professional career, Reagor was added to the Eagles’ first 53-man roster.

General manager Howie Roseman stated on Tuesday, “I think when you look at Jalen, one of the things that one of our scouts said to me today is he was one of the only guys that practiced every day. The guy brought it every day. He worked on his craft. He had a great attitude, great energy. Obviously, he’s a talented guy. He’s 23 years old. We’re going to do whatever we think is in the best interest of the team, and we felt like there was no doubt in our mind that he deserved a role on this team.”

With Jefferson, Adam Thielen, and K.J. Osborn at the top of the depth chart at the position, the Vikings are set. However, they were in need of depth after rookie Jalen Nailor fell behind No. 4 receiver Bisi Johnson last week due to an ACL tear.

To create a place on the roster for Reagor, the Vikings released wide receiver Ihmir Smith-Marsette.

The Vikings have now exchanged three players in the span of two days. On Tuesday, they traded offensive lineman Chris Reed to the Pittsburgh Steelers and acquired defensive tackle Ross Blacklock from the Houston Texans.