Divisional round match-ups are set 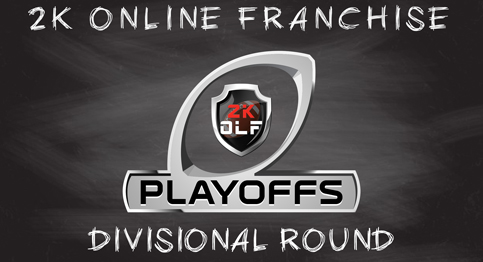 Salem, OR — With all wild card games in the books we now have the match-ups set for the divisional round. The Dallas Cowboys, San Francisco 49ers, Pittsburgh Steelers and last but not least, the Oakland Raiders all survived the opening round. Things are only going to get harder from here on out as they take on the best of the best.

Let’s take a quick look at the games coming up. First let’s start with the NFC divisional games:

The Cowboys will take on the second seeded Carolina Panthers . The game should be a good one to watch to see if Ezekiel Elliott can have close to the same success he had in the wild card round. Next up, the 49ers take on the best team in the NFC, the Green Bay Packers. Aaron Rodgers and the Packers will have their mind set on getting some payback after last season’s wild card loss to the 49ers.

Over in the AFC, we have two games that should deliver some great football. The Raiders got by the Buffalo Bills thanks to some strong defense, which is something they will need once again as they take on the Miami Dolphins. Last we have a team that has gone under the radar all season long, the Jacksonville Jaguars will host their first ever divisional game as they take on the Steelers.

There’s your quick preview of the games coming up this week. We will have full pre-game coverage for every game beginning tomorrow and following the conclusion of each game we’ll make sure to bring you full post-game coverage. Now, go get that popcorn ready as we count down to the second round of the playoffs here on 2K Online Franchise! 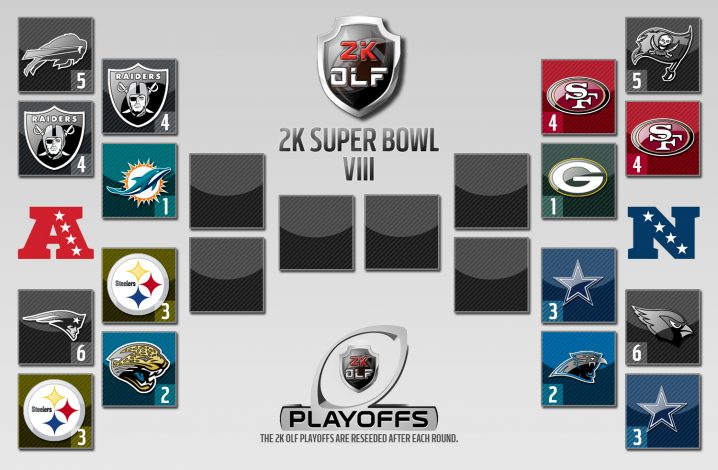