Derrick Henry caps off a huge week with a new contract 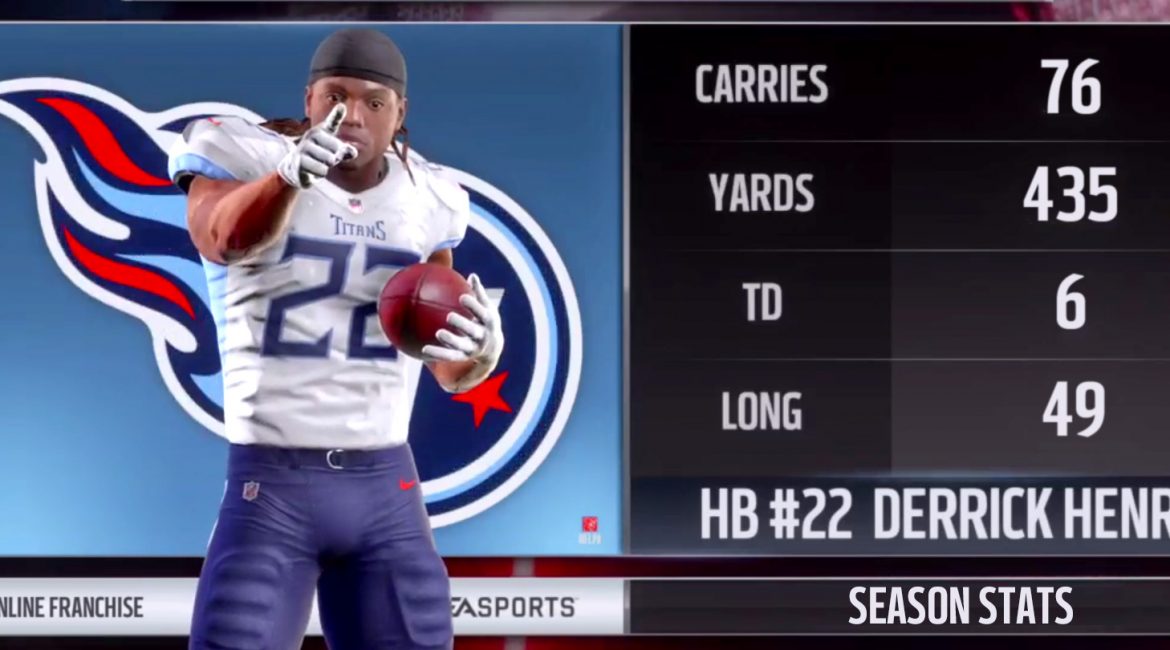 Nashville, TN – The ink had  barely dried this week before the Tennessee Titans running back (and part time bulldozer) Derrick Henry turned his sights on another 100 yard multiple touchdown game. That ink of course, was on a fancy new contract.

The 4th year pro signed a new deal with Tennessee keeping him in Nashville for the next 5 years. The Titans aim to make Henry the current workhouse running back and the future of the Titans franchise and in these last two weeks it looks like an investment worth the dollars. Just last week, Henry went for 222 touchdowns on 29 attempts and 3 touchdowns in a tie against the Indianapolis Colts. The Titans turned around and went on the road to take on the Kansas City Chiefs where Henry pushed for another 166 yards and 2 touchdowns on a whopping 31 attempts! 53 of those yards came after contact.

This shows an abnormal shift in the Titans offense, that for so many years now has relied on Marcus Mariota‘s ability to move the ball with his arm and his feet. The balance Henry provides as a knockout punch back has boosted the Titans offense to now two back-to-back 40+ point games. When asked about the workload on Henry, coach Nick Franklin responded honestly: “Henry is a capable back that knows when the team needs him fresh and when he needs a breather. We always look after our players health and nutrition and try not to overwork any individual. I can’t speak for what Derrick thinks, but I can tell you what he told me when we left his contract signing together: Feed me. Feed me boss. I am ready to eat.”

There’s not much more to say as it appears the Titans are ready to feed the beast into the season.