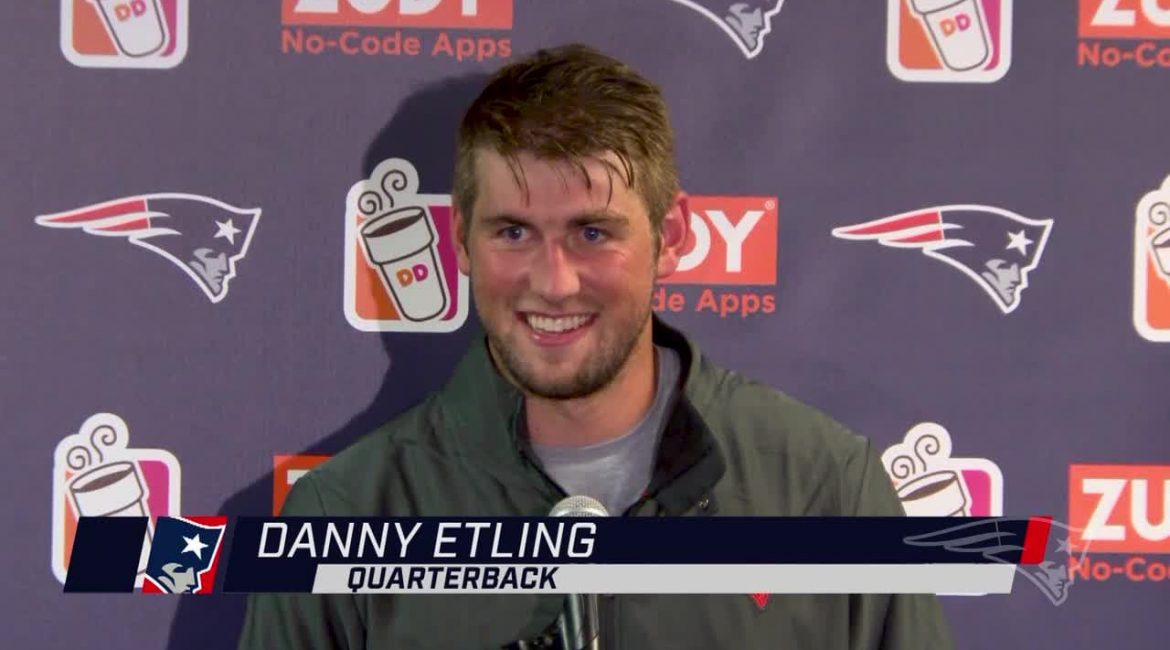 Foxborough, MA — Rookie quarterback Danny Etling is finally showing that he can thrive in the New England Patriots system. The first pick out of the 7th round from the 2018 draft is proving his naysayers and doubters wrong by leading the Patriots to a 5-2 start.

Statistically, Etling showed many rookie mistakes by throwing into double coverages and gave up too much sacks. The unnecessary turnovers were the biggest problems that Etling had to fix. Entering Week 6, Etling threw 7 interceptions and coughed over 2 fumbles. Etling shared his thoughts about his errors, “After the loss to the Indianapolis Colts, I knew that I had to go back to the film and correct my mistakes. I can’t be forcing throws that aren’t there. I can’t be putting my teammates in difficult situations.”

Etling was noticed to be the first one in and the last one out during the week before the Patriots played the Kansas City Chiefs. The work he put into practices transferred onto gameday. Etling threw for 3 touchdowns, 0 interceptions, and 205 yards. Etling also showed off his wheels by rushing 7 times for 33 yards while committing zero fumbles.

After receiving the game ball for the victory, Etling shared his excitement about his progression. “Man.. it’s amazing. The amount of work that I put in this week definitely prepared me for the game. My goal was not to commit any turnovers. It’s also an honor to receive a game ball, but I have to remind the guys that it was a team victory. I didn’t do this myself.”

Etling continued to prove that his performance wasn’t a fluke by dissecting the Chicago Bears stingy defense and leading his team to a 33-9 victory. Eling put out another 3 touchdown, 0 interception performance while also throwing for 243 yards. Coach Nguyen couldn’t stop praising his rookie quarterback throughout the week. “Etling has come a long way. There’s no sugar coating it, he’s a 7th round draft pick who was on the verge of being released. Late round picks usually don’t make it through roster cuts or even on the practice squads. After Brady’s injury, he surpassed two proven veterans on the depth chart for a reason. We can develop him and we’re going to do so moving forward.”

The Patriots will travel to their AFC East rivals, Buffalo Bills, for the first of two showdowns.