Cowboys take on the Eagles on Sunday Night 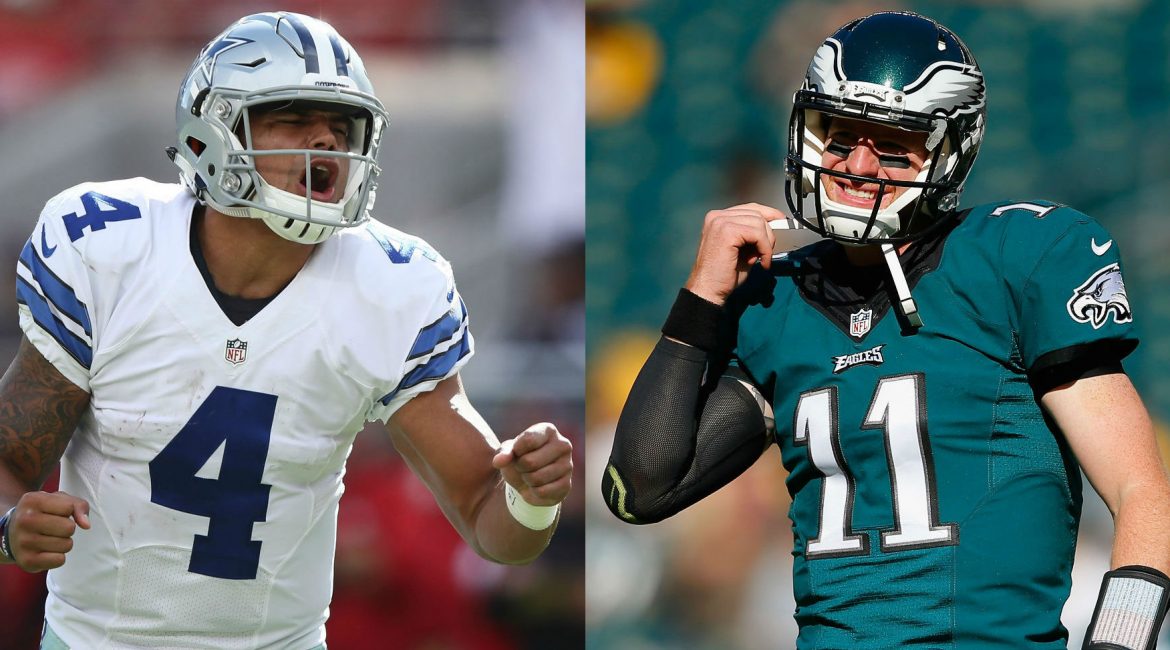 The Story Line:
Arlington, TX. — The key storyline of the always-heated NFC East showdown between the Philadelphia Eagles and the host Dallas Cowboys is centered around the solid play of the two rookie starters at quarterback.

Carson Wentz, the second overall selection in the 2016 draft, has the Eagles positioned in second place in the NFC East at 4-2. Dak Prescott, the fourth-round selection out of Mississippi State, has the Cowboys atop the division with a record of 4-2 and a perfect 2-0 record in versus NFC East teams.

This prime-time matchup at AT&T Stadium in Dallas is bound to have playoff implications later in the season, so both teams will be looking to put their best foot forward.

The Eagles lost last week against the Minnesota Vikings 31-13 while the Cowboys are coming of their bye week.