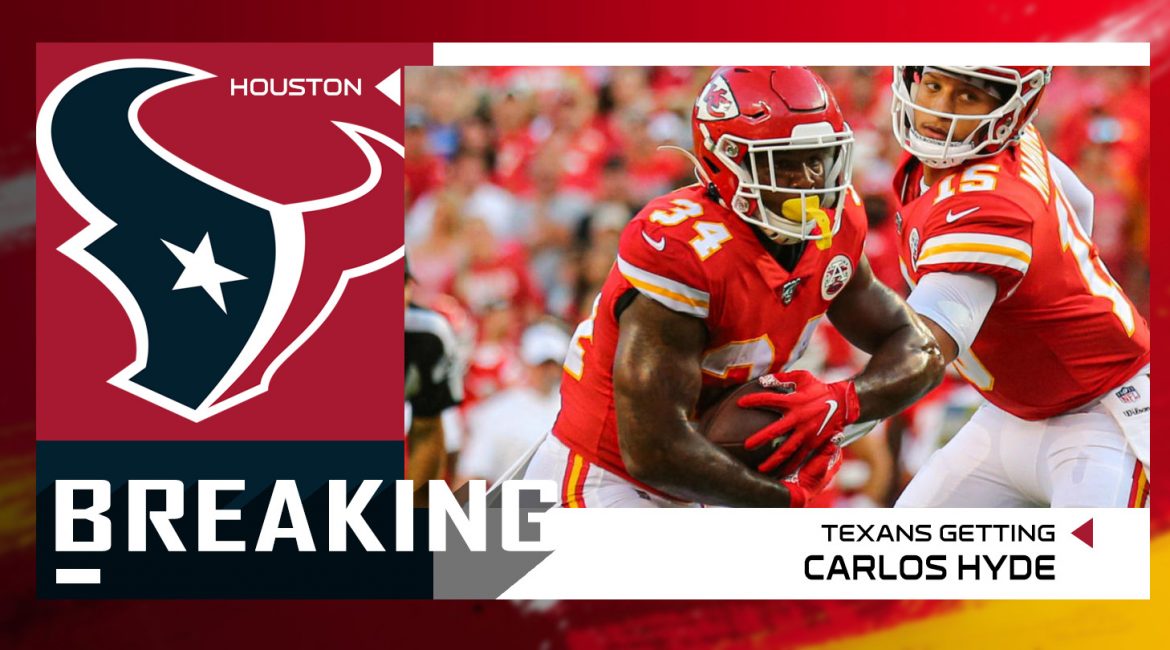 Kansas City, MO — In what has been a busy day here at the Kansas City Chiefs front office as the team has decided to send running back Carlos Hyde to the Houston Texans in exchange for guard Martinas Rankin.

This move helps both teams add depth to positions they both lack in. The Texans need all the help they can get after Lamar Miller who will miss the entire season after suffering an ACL tear the other night.

This move makes more sense considering the team just added LeSean “Shady” McCoy hours earlier and the team didn’t want to have two older backs take away touches from the young developing backs. Rankin was a likely roster cut, but the chiefs need some help on the line and perhaps a change of scenery is the best medicine for a struggling guard.

The former 3rd rounder Rankin is on the last year of his rookie deal and will look to prove he is worth keeping on the roster come next season, the coaching staff has had success in bringing in former top 100 talent and molding them into football ready form.