Chicago’s First Quarter of the Season 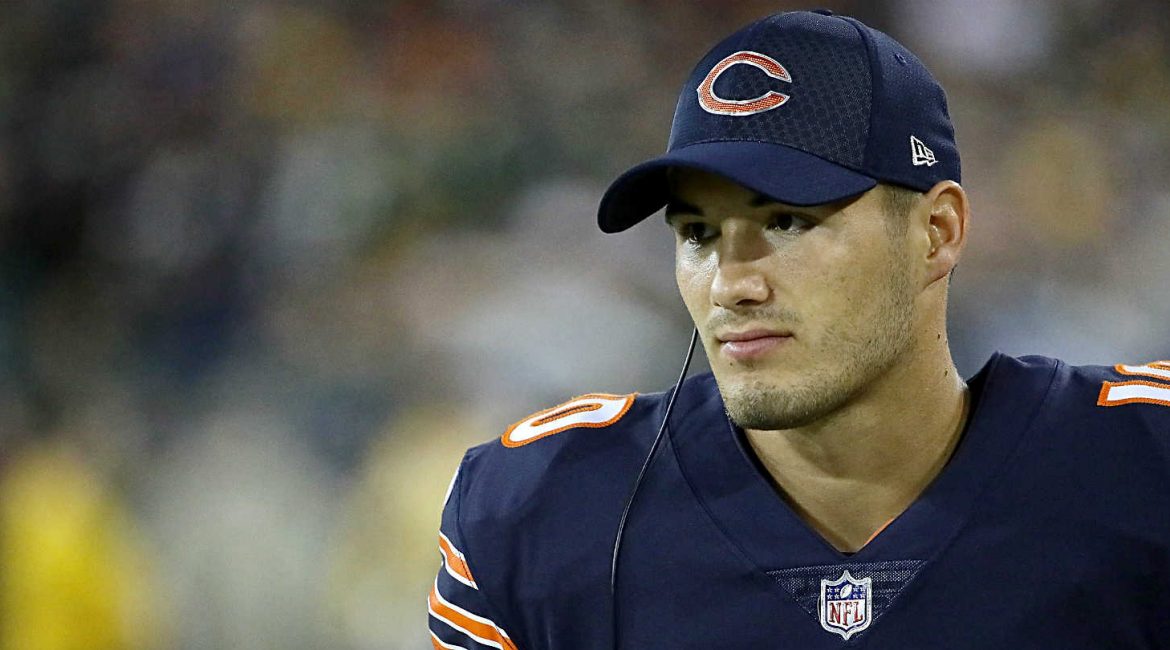 Chicago, IL — The Chicago Bears have finished the first 4 games of Season 13 with a  1-3 record. The Bears seem to be dissatisfied with the results so far for this promising team.

The rough beginning to the season started in Wisconsin against their division rivals the Green Bay Packers.

Defense was everything in this night game. With a score of 12-7 this game felt like a well pitched baseball game by both sides. There wasn’t a whole lot of action during the first half as the Packers would only manage a field goal. Mitchell Trubisky would throw the only touchdown pass by the Bears to TE Trey Burton.

During the second half of this game it was more of the same until about 5 minutes left in the game. Green Bay would drive the field and score on a pass to WR Randall Cobb. With only a few minutes on the clock Trubisky looked to lead his guys down the field for a game winning drive. Just as the drive started it came to an abrupt end as Trubisky would fumble the ball and have it roll back into the end zone for a safety. Green Bay wins at home 12-7.

The calm before storm. Chicago and the Seattle Seahawks would combine for 0 points in the first quarter of the game. With both teams coming into the game with strong defenses this came as no surprise. And then….. the flood gates would begin to open in the 8th minute of second quarter. Russell Wilson would connect with Doug Baldwin for a 67 yard TD.

The Bears would score with a field goal at the 1 minute mark to end the 1st half. Seattle’s first drive would end with 3 points. Chicago’s next drive ended with a 75 yard TD to WR Allen Robinson. This drive would just about end Chicago’s night as Wilson would begin to really dissect the defense. Wilson connects with WR Tyler Lockett for his second thrown TD pass of the day. Chicago turns the ball over and let’s Seattle score again.

The flood gates are gaping now. Seattle would force more turnovers and score on those opportunities created. Chicago loses this game 34-17.

With the rough start to the season the Bears looked at this game against the Arizona Cardinals as a very winnable game. Boy did the Cardinals prove them wrong.

The Cardinals would almost end the game in the first quarter as CB Patrick Peterson and HB David Johnson would have mega fantasy games. The first drive of the game for the Cardinals would end with a 78 yard TD run by Johnson. Johnson hit the Bears with a score outta nowhere! Trubisky would struggle this game with turnovers as he would throw an interception the next drive. Sam Bradford would capitalize on this opportunity and throw his first of two pass TD’s.

The turnover bug would end up killing the Bears the rest of the game. Arizona would end up winning the game 39-17.

Losing your first 3 games (two blowouts) of the season would be enough to derail just about fans hopes of their teams chances to win the Super Bowl. The Bears looked to reverse the thoughts of these fans and give them hope.

During the first quarter of the game the Tampa Bay Buccaneers would end up scoring the only points on a TD pass to DeSean Jackson. Chicago fans let their team hear it with thunderous boos. Maybe that was the wakeup call the Bears needed as the would start to control this pace of the game with a strong run game plan.

Jordan Howard would will the Bears down the field to set up a TD pass to TE Trey Burton. Chicago’s defense would end up harassing Jameis Winston and the rest of Tampa Bay players. After a Tampa Bay empty possession Howard would plow through the defense and up scoring himself.

Is that last game enough to change people’s minds on the Bears? Can this young team continue to mesh together for the rest of the season and make the playoffs? Only time will tell. With a tough rest of the season against division rivals and teams like the New England Patriots and San Francisco 49ers still on the schedule this team will have to claw their way out of the bottom of the league.

Bears Head Coach Bauer had this to say about the season so far. “The Cardinals are who we thought they were! Sorry had to say that to lighten the mood [Reporters laughing]. The season has not gone the way I planned on it going. We had the potential to be 3-0 going into the game against Tampa Bay and we ruined it with a lot of turnovers. After some “pep talks” with the players following those blowout losses, I think I finally made them realize the expectations I have for this team. I asked them to dig down and show me who they really are as a team. Man did they deliver. No turnovers for the day. Howard really let us control the pace of the game and the defense came up big on almost every down after that first quarter. There’s still a lot of work to be done but we’ll get there.”

Will the success of this last game carry over the rest of the season?