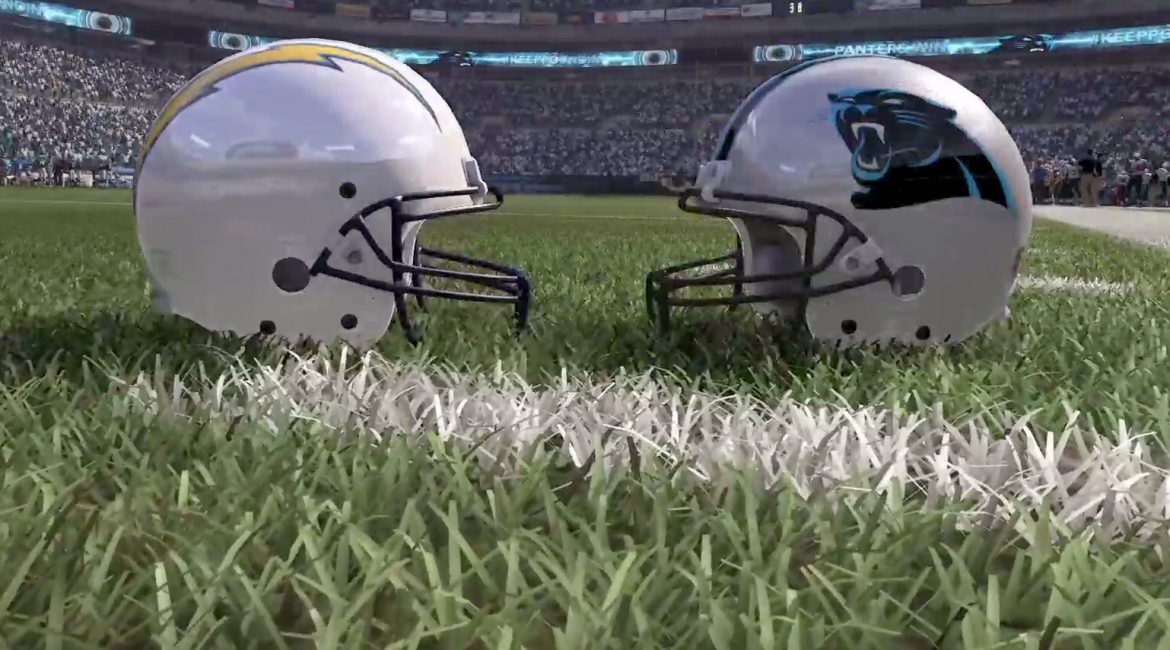 Charlotte, NC — The San Diego Chargers dropped their second game in a row and fall to 8-5, which means that the winner between the Kansas City Chiefs (7-5) and Oakland Raiders (7-5) can move into a tie for first in the AFC West. The Chargers loss was one they’d like to soon forget as they put up the worse offensive performance this season. Phillip Rivers completed 11 of 19 passes for a total of 88 yards, he threw one interception and finished with a quarterback rating of 48.  The Chargers running game was also lackluster, managing only 30 yards “I don’t even know what to say right now. This loss was embarrassing, we’re way better than this.” said Chargers running back Melvin Gordon.

Meanwhile, for the Carolina Panthers improve to 11-2 and are hoping the Dallas Cowboys (9-3) lose this week to the New York Giants (5-7) to give them a comfortable lead for a first round bye.

Cam Newton had an outstanding game as he threw for 308 yards, completed 17 of 24 passes, threw for 3 touchdowns, zero interceptions and finished with a quarterback rating of 153.0. The MVP of this game however has to be wide receiver Ted Ginn Jr.. Jr had two touchdowns and on just five receptions he was able to rack up 204 receiving yards while averaging 40.8 yards per catch.

The one highlight for the Chargers in this game was the blocked punt by strong safety Donte Whitner. Late in the second quarter Panthers’ punter Andy Lee misplayed the ball and as he went to punt Whitner rushed in, blocked the punt and the ball was recovered  by the Chargers’ free safety Darrell Stuckey who ran it in for a touchdown.

Up next for the Chargers is a game at home next week versus the Raiders, while the Panthers go on the road next week to take on the Washington Redskins (5-7)