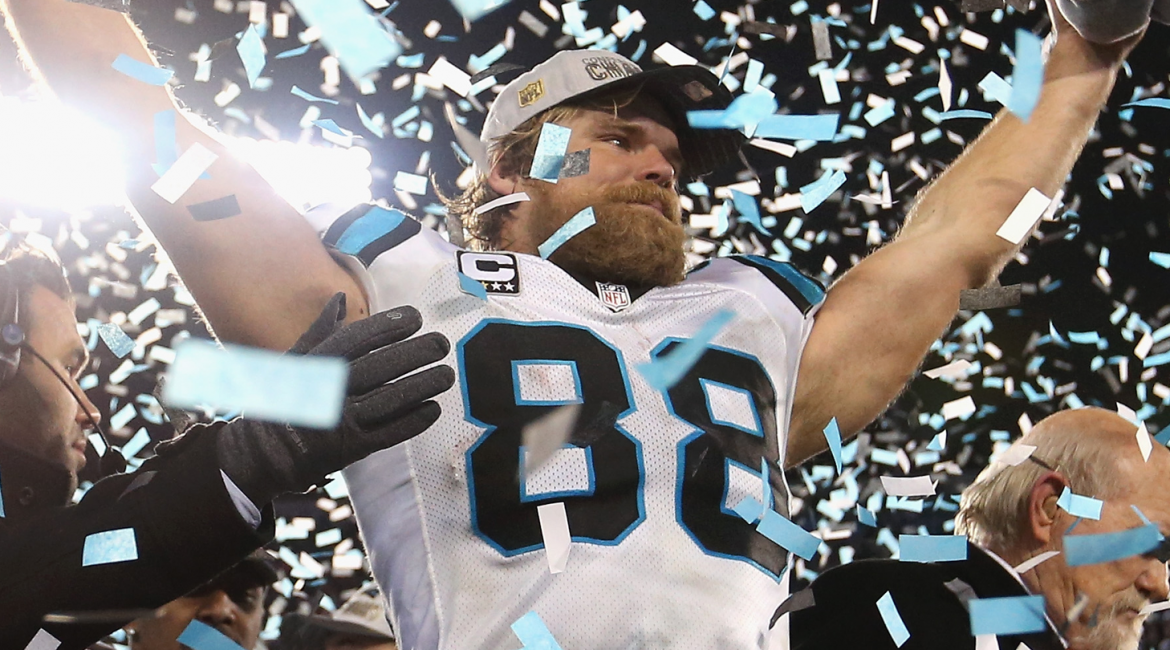 Houston, TX — It took eight seasons for these two teams to reach this point. The AFC Champion, Oakland Raiders took on the NFC Champion, Carolina Panthers in the eighth 2K OLF Super Bowl.

The Raiders trailed 7-26 with less than two minutes left in the game. Derek Carr was able to get the Raiders a bit closer with a touchdown pass to wide receiver Seth Roberts. Following the touchdown the Raiders were successful on a two point conversion to cut the deficient down to eleven. With two scores down and two timeouts at their disposal, the Raiders lined up for a critical onside kick. Raiders’ kicker Sebastian Janikowski lined up on the left side of the ball then kicked it towards the forty five yard line. Unfortunately for him and the Raiders, the ball never took the bounce they were looking for. The Panthers special teams were able to recover the ball, allowing the offense to get on to the field and run out the clock on their way to their first 2K OLF Super Bowl victory.

2K OLF Super Bowl VIII MVP
Panthers half back Jonathan Stewart is this year’s 2K Online Franchise Super Bowl MVP. Stewart had fifteen carries for one hundred and two rushing yards, and two rushing touchdowns. He was also effective receiving as he had six receptions for forty six yards. “Unreal man, I can’t even believe this right now. All that work we put in all season long, preseason, practice and so on. To have it payoff like this makes it all worth it.” said Stewart while holding the MVP trophy.

Key Stat
The Raiders came into this game with an offense that had been struggling to get points on the board and in this game it finally caught up to them. They only managed to get in the red zone two times, they scored on both trips, but against a team like the Panthers that is more than likely not going to get any team a win against them. “Gotta give them credit.” said Carr “Our guys gave it their all, we just fell short of our goal today. But, I’m proud of this team and what we have accomplished this season. We’ll grow and learn from this and hopefully be back here next season with a different outcome.”

Up Next
Although the Raiders lost, they have plenty to be proud of. They reached 2K OLF Super Bowl for the first time in franchise history, they won their division, they defeated the best team in the AFC, and have a young core group that will keep this team competitive for a long time.

After eight seasons in the league the Panthers are on top of the football world. Cam Newton proved the naysayers that he can lead a team to glory and has the skill necessary to be competitive at a high level. But to the Panthers none of that matter tonight, as they will celebrate this one well into the night then pack up, head home and get ready for their victory celebration in Charlotte.