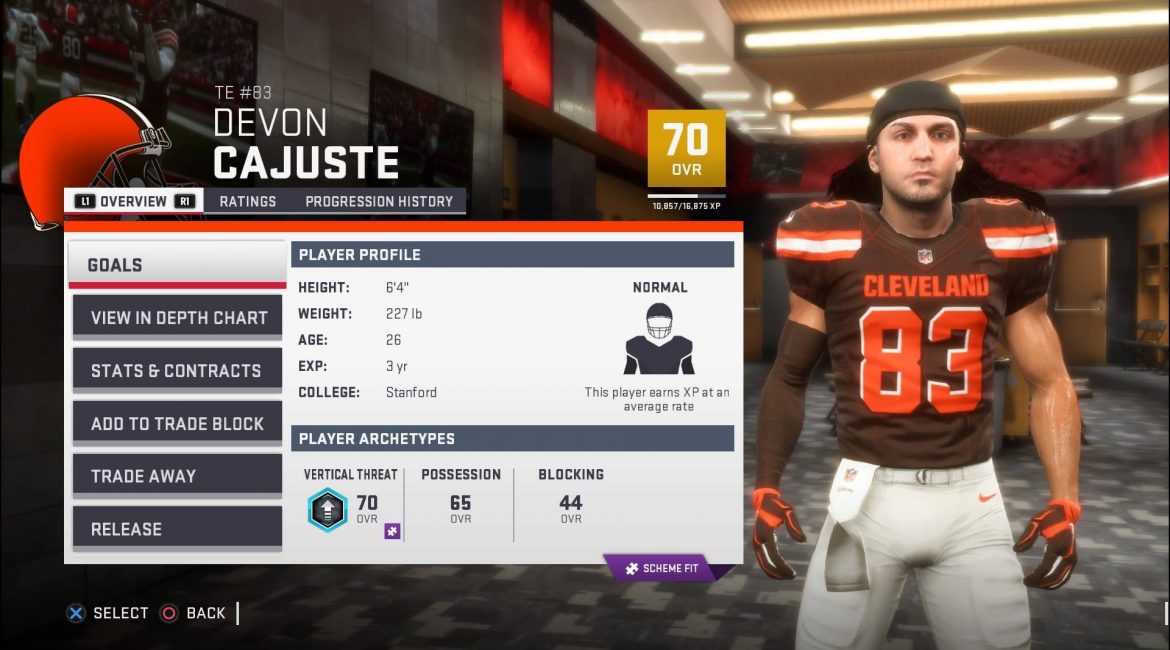 Cleveland, OH — In recent news, the Cleveland Browns have signed free agent tight end Devon Cajuste to their 53 man roster. Cajuste signed a 1 year deal for approximately $1.7 million. He stands at 6’4” 227 lbs with exceptional speed for a tight end (89 SPD/ 92 ACC). The only drawback from this 26 year-old is his blocking ability which lies in the middle to low 40s. The undrafted three year veteran and Stanford product looks forward to the opportunity that Coach Farias has given him. “I am blessed to be given another chance, especially by Coach Farias. He has a good reputation of finding players that are overlooked and turning them into solid contributors. I will give the Browns my all once I get on the field.”

In order to make room for Cajuste, the Browns had to part ways with veteran punter Britton Colquitt. It was easy for the team to let go of Colquitt the moment they drafted star rookie punter Patrick Sheppard from Texas Tech in the 6th round. Sheppard has already made himself known on the team by using kicking ability to take over field goal attempts and punts. With the release of Colquitt, the Browns will take an $800k cap hit.

With the addition of Cajuste adding more tight ends to the team, what does that mean for Seth Devalve who is on his last year of his contract and David Njoku who has already had issues with holding onto the ball? Is Coach Farias working on moving one if not both tight ends before the trade deadline? It has been known that Coach Farias has low tolerance for receivers who have a reputation for dropping the ball, especially during big moments.