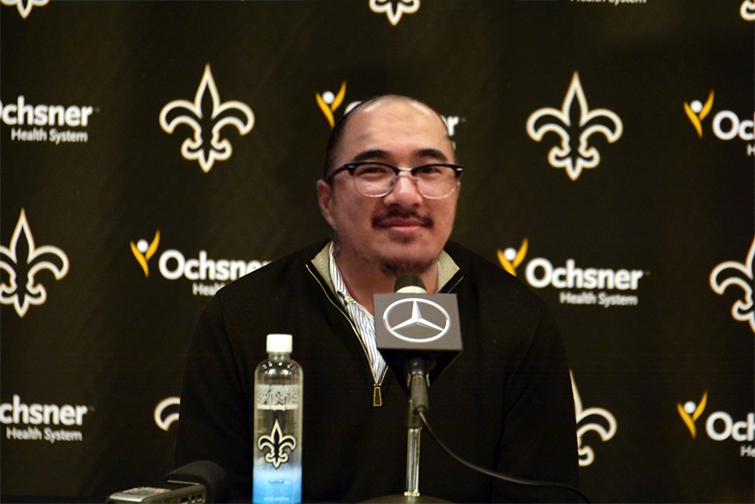 NEW ORLEANS — Ex-Philadelphia Eagles coach Jason San Juan was introduced today as the head coach of the New Orleans Saints. Jason and the Eagles parted ways after just one season due to undisclosed differences.

New Orleans Saints general manager Mickey Loomis introduced coach San Juan today, saying “We are very happy to have coach San Juan join our organization. In just one season with the league he has proven he has what it takes to turn a team into a contender, which is why we can’t wait to get started.”

Coach San Juan gave us his thoughts about the upcoming season, but did not give specifics into why he decided to walk away as head coach of the Eagles. “I’ve already moved on from that and now it’s time to look at ahead. We have a lot of work to do, one of the first things I plan to do after this is talk to each player individually, get their feedback and get started on the game plan for our first preseason game.”

Last season coach San Juan coached the Eagles to their first winning season since Season 1 with a record of 11-5. Time will tell if he can do the same with this Saints team that has never had a winning season.