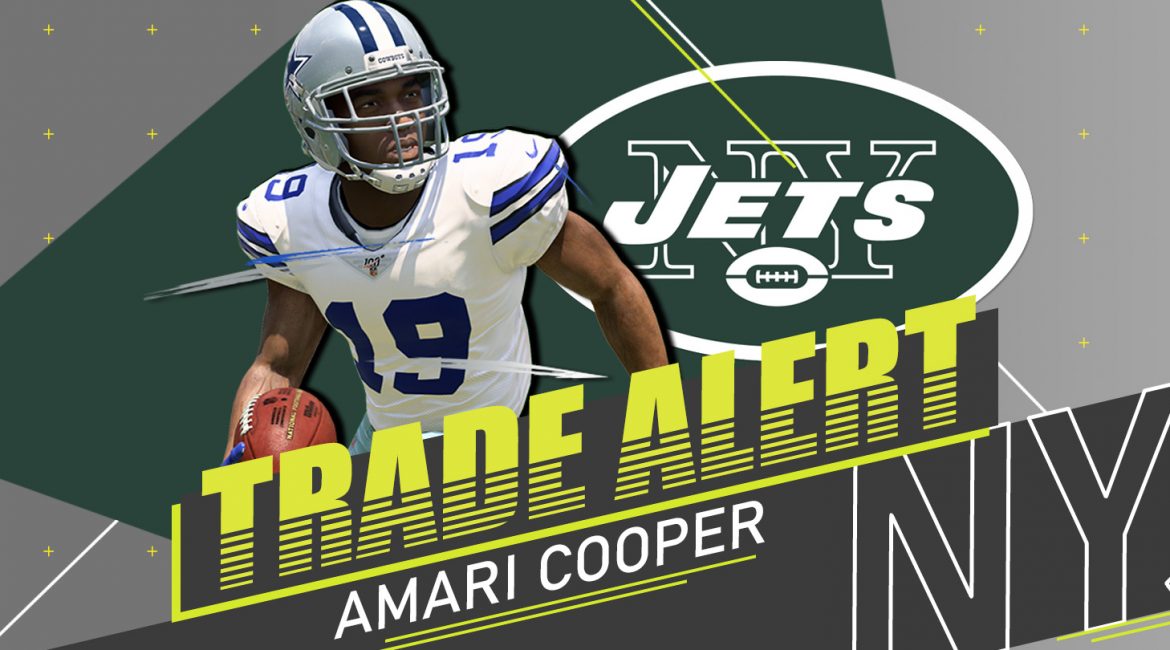 Dallas, TX — Finding themselves low on cap space and knowing they have several key players up for resigning at the end of Season 22, the Dallas Cowboys have made a difficult decision and have parted ways with their star wide receiver Amari Cooper. The Cowboys will send Cooper to the New York Jets in exchange for a 3rd round pick (69th overall).

“It wasn’t an easy decision for any of us.” Said Cowboys owner Jerry Jones “In the era we are in it’s very difficult to keep players like Cooper and still be competitive. I think this move is the right one for us, I’m confident and so is our coaching staff in the other receivers we have, in particular, Ceedee [Lamb]. Lamb had a great rookie year and this past season he continued to show progress.”

While what Jones said is true, rumor also has it that Cooper was just not putting up the numbers the Cowboys had hoped he would when they acquired him from the Las Vegas Raiders, back in Season 15. During his time with the Cowboys Cooper had 272 catches for 5,592 yards and scored 33 touchdowns in the regular season.

In seven playoff games, Cooper had 229 receiving yards, 11 catches, and a surprising zero touchdowns, which is extremely surprising when you consider those stats include Cooper and the Cowboys Season 19 Super Bowl run.