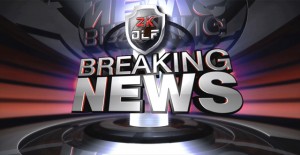 SALEM, OR — After the emergence of rookie QB, Travis Bryan, there were questions about the future of the New England Patriots‘ 2014 2nd round draft pick, Jimmy Garoppolo. We finally have an answer and can confirm that Garoppolo is heading to the Dallas Cowboys in return for their CB, Bryon Jones.

Although the Patriots drafted two CBs in the first two rounds of the draft, they felt this decision was necessary. Coach Sean Nguyen further elaborated during his press conference.

After consulting with the coaching staff, we realized that we didn’t need to have three QBs on our roster. We desperately needed to strengthen our roster in the defensive side and Bryon Jones is definitely capable of fulfilling that. However, I’m more excited for Garoppolo because the kid has talent. He deserves to be the starter and I highly advise the Cowboys build their organization around him.

Following the surprised retirement announcement by Tony Romo, the Cowboys thought that they could add a veteran to fill in the shoes that Romo left. Unfortunately, the Kellen Moore and Colt McCoy experiment went rock bottom as the Cowboys are currently sporting a 0-2 record.

The Dallas Cowboys have released the following the trade –

We are happy to be getting a proven quarterback like Garoppolo. We have had our eyes on him since that comeback miracle win he had two seasons ago against the Raiders in the playoffs. Our fans, coaches and players can’t wait to start this new chapter.