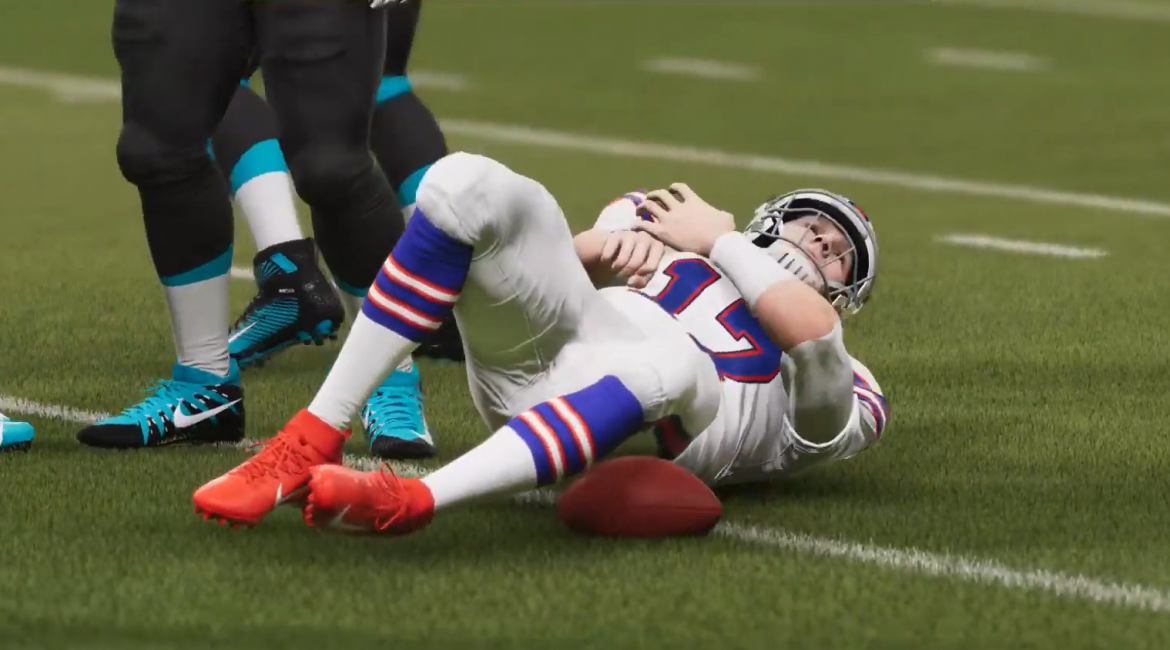 Buffalo, NY — The Buffalo Bills will be without their star quarterback Josh Allen after suffering a shoulder tear during his team’s preseason game last week. Allen suffered the injury against the Jacksonville Jaguars late in the first quarter. He tried to run up out of the pocket but was tackled just as he gained a yard. Allen hit the ground hard, shoulder first, causing him to miss the rest of the game.

“It was just an unfortunate incident,” said Bills head coach Sean McDermott “We’re having him evaluated again this week, the last set of X-Rays came back showing no signs of any major damage to his shoulder, which we’re thankful for. We just want to double-check and if all goes well I don’t expect him to miss much, maybe even be ready for week one of the regular season.”

The Bills will temporarily hand over the keys to backup quarterback Jake Fromm. Fromm has played outstanding in the preseason, last week he passed for 429 and six touchdowns, add to that his week one performance and Fromm has a total of 747 passing yards, 9 touchdowns, and 1 interception.

“I’m just making the most of each down,” said Fromm “I want to show myself and this team that when needed I’m ready to go. This next game will be a real test as teams take it more seriously. I have to be ready for it.”