Bills stun Patriots to get first win of the season 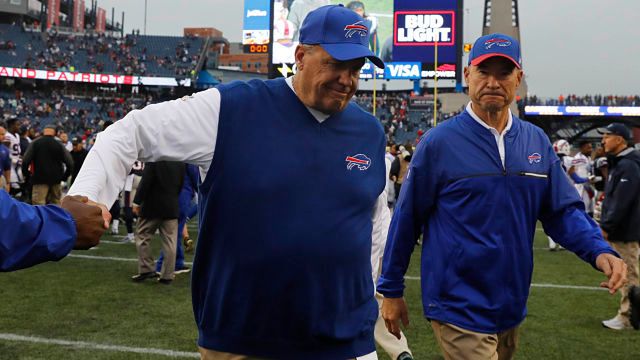 The Patriots entered the game winners of two of their last three games; they lost their week two game against another division rival the Miami Dolphins. The Bills were winless this season, their closes win was last week against the Arizona Cardinals, but a late game fumble cost them the game. Overall, the Bills have lost six straight games against the Patriots. The last time they beat the Patriots was in the wild card game of season 4 and before that they won in week 17 of season 4.

This game started with the Patriots getting the ball and moving the ball up the field and it looked like they would take an early lead following a 44 yard pass to Patriots’ WR Julian Edelmen. But, two plays later Tom Brady tried to squeeze the ball between two defenders that led to an interception in the end zone. The Bills were unable to score on their next possession. It was back and forth for much of the 1st and 2nd quarter as both teams turned the ball over, Brady with a fumble in the red zone and Tyrod Taylor threw an interception that the Patriots took advantage of by driving down field and scoring a touchdown with under two minutes left in the half. The Patriots would go up 0-6 following the missed extra point by kicker Stephen Gostkowski.

Following the missed kick, the Bills drove down the field and got to within in field goal range with 32 seconds remaining in the half. But, Bills’ kicker Dan Carpenter missed the 54 yard field goal. On the ensuing possession for the Patriots, Coach Sean Nguyen decided to have Brady try a deep pass. The pass was intercepted by CB Corey White with just 25 seconds left in the half. The Bills decided to be aggressive and that aggressiveness paid off as Tyrod Taylor, on the second play of the drive, found Sammy Watkins on a slant play and he took it 58 yards for a touchdown! The half would end with the Bills up 7 to 6.

The late touchdown by the Bills seemed to give them plenty of confidence as they started the 3rd quarter. The Bills would tack on another touchdown by driving it 70 yards up the field on 6 plays, to take a 14-6 with just over 4 minutes left in the 3rd. The Patriots would be unable to do anything on offense as Tom Brady threw his 3rd interception with one second left in the 3rd quarter.

The 4th quarter was no better for Tom Brady as he threw a fourth interception early in the quarter. The Bills weren’t able to do much themselves on offense but that didn’t matter thanks to the strong performance by the defense. The Patriots got inside the red zone with less than two minutes left in the game but were unable to convert on a 4th and long. Patriots used their final two time outs to get one more shot at finding the end zone, but it was not to be as Tom Brady threw a fifth interception to end the game.

“Nothing was good enough,” Sean Nguyen said. “At any position, at any phase of the game. It just wasn’t good enough.”

The Patriots will head out to Cleveland next week to take on the Browns, while the Bills will remain on the road as they travel to southern California to take on the Los Angeles Rams.