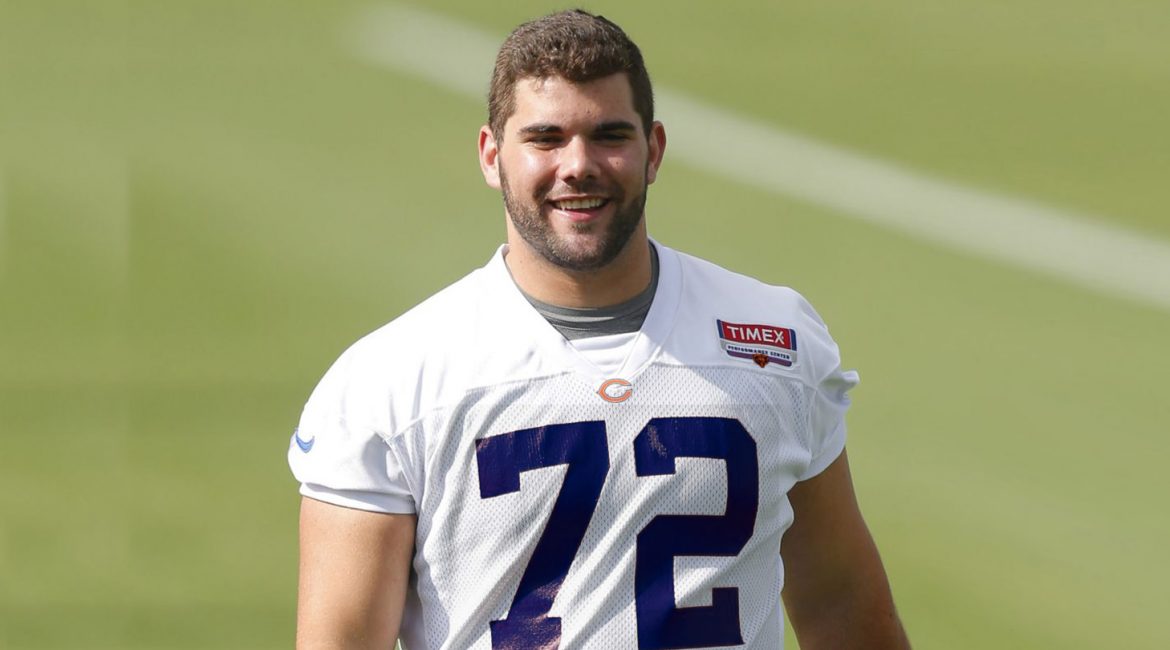 Chicago, IL — The offensive line for the Chicago Bears has taken another hit. This time second-year left guard, Ladarius McKenzie suffered a torn Achilles during their 24-3 win against the Detroit Lions in week 12. Last week, starting right guard Jerome Allen suffered an abdominal tear and has been sidelined for six weeks. McKenzie’s injury has made him unavailable for the rest of the season. His rehab will last roughly 24 weeks. Because of that, the Bears have placed McKenzie on season-ending injured reserve.

Third-year backup left guard Jon Runyan has stepped up to fill in for Allen quite well but now with McKenzie gone, their depth isn’t deep enough to try and finish the season strong. Back-up right guard Hjalte Froholdt and center Beau Benzschawel can be a quick plug but only if the offensive line needed a few breaks. They’re not suitable to play an entire game unless they are truly the last resort.

That is why the Bears signed 33-year-old free agent Justin Pugh. While Pugh is older than  Froholdt (27) and Benzschawel (27), he has more experience and has a stronger sense of the fundamentals needed to be plugged in and start right away. With the addition of Pugh, the future for Froholdt and Benzschawel as Bears will most likely come to an end at the end of this season or perhaps one might be cut soon. Judging by the hits the Bears O-line has taken, they should keep them as an insurance policy.

This is what Pugh had to say after the news broke out of him signing with the Bears, “I’m just blessed to be with a team. I thank the Bears for giving me a shot. I may be old but I still believe I can bring a competitive edge and experience to this offensive line that needs help. I’m ready, I’ve been working out since the off-season just waiting for that call. Now that I’m in, I have to give it everything I got! It feels good.”

Pugh signed a 1-year deal for $2.55 million. He will play at right guard and wear the number 67 jersey.