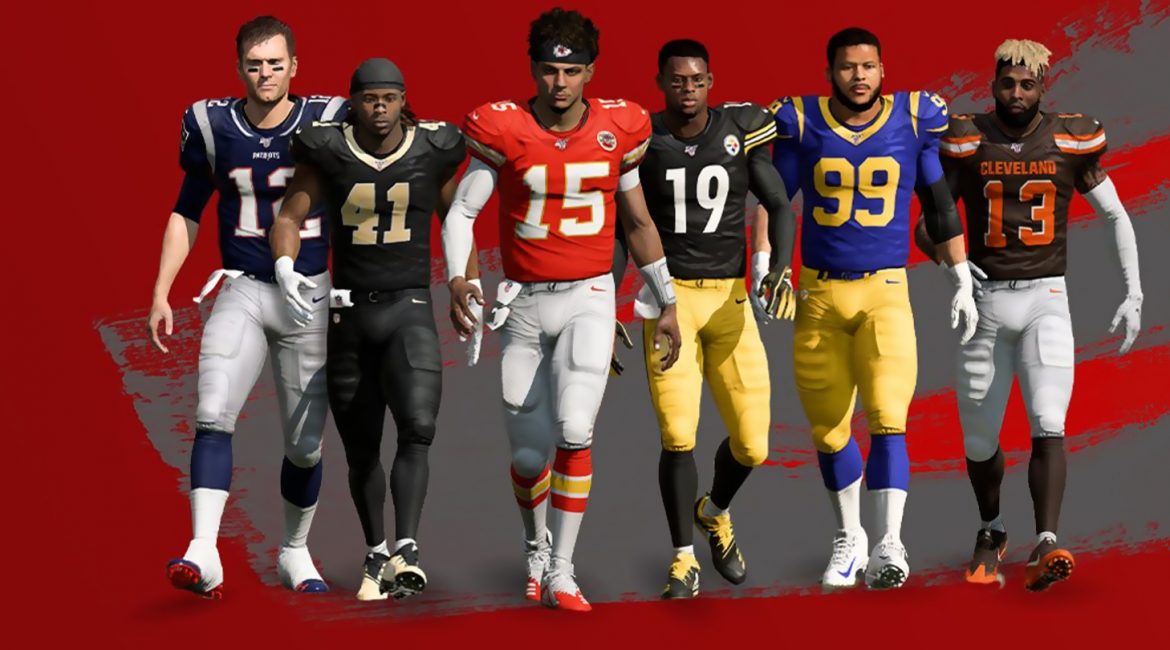 Salem, OR — With the release date for the newest Madden just around the corner EA Sports has unveiled all 32 team ratings. Below is the full list of teams, starting with the highest rated.

The Eagles check into Madden 20 with five players at 90 OVRs or better, and two with 89 OVRs. Five of those seven players are either on the offensive or defensive line, which goes to show how important it is in Madden to have strong fronts on both sides of the ball. The guys in the trenches don’t get the glamour of skill position players, but they do the dirty work. Guys like DT Fletcher Cox (96 OVR), C Jason Kelce (94 OVR), RG Brandon Brooks (90 OVR) RT Lane Johnson (89 OVR), and RE Brandon Graham (89 OVR) anchor this Philly roster, creating and protecting for the rest of the squad.

Heard it here first: The Philly Special will be making its debut in @EAMaddenNFL.

Subscribe to the Eagle Eye in the Sky podcast: https://t.co/SDe9RQxTcy#FlyEaglesFly pic.twitter.com/OOStZNzHTz

The top-rated players in Madden 20 on the Dolphins are LT Laremy Tunsil (84 OVR) and WR Kenny Stills (84 OVR). The team’s offensive line was ranked dead last by Pro Football Focus, and if you scroll down, you’ll see why nobody’s going to use this team in Madden 20. (Hint: It has to do with one of the league’s worst QB situations.) Did you know that Miami is allegedly sinking into the ocean?

Superstar X-Factors QB Drew Brees (92 OVR), WR Michael Thomas (95 OVR), and HB Alvin Kamara (90 OVR) make this offensive trifecta capable of fireworks on the field. The New Orleans Saints are going to be fun in Madden 20. Godspeed to anyone going up against them in regs this year. Yikes.

The biggest takeaway here: WR Kenny Stills (84 OVR) is the highest-rated skill-position player on the Dolphins in Madden 20. And with veteran QB Ryan Fitzpatrick (75 OVR) clocking in with a higher rating than second-year signal-caller Josh Rosen (70 OVR), we’re bound for some quarterback controversy that nobody wants a part of in video game land. Plus, that whole dad-bod thing going on with Fitzmagic is off-putting.

The Suckiest Bunch of Sucks That Ever Sucked from r/TheSimpsons

For Chicago, the unit is fronted by 99 Club member, LOLB Khalil Mack. FS Eddie Jackson (91 OVR) is a Superstar X-Factor like his teammate, Mack. That’s a scary combination for any opposing quarterback. Toss in CB Kyle Fuller (89 OVR) and you can see why this Bears unit should roar out of the gate in Madden 20.

Houston is loaded with firepower all over the defense. On the front lines, Superstar X-Factor beasts like LE J.J. Watt (97 OVR) and ROLB Jadeveon Clowney (92 OVR) are lurking. In the backfield, FS Justin Reid (84 OVR) and CB Johnathan Joseph (83 OVR) will create turnovers and make passing extremely difficult for the opposition.

The best player on the Giants defense is SS Jabrill Peppers (84 OVR) who was part of an offseason trade with the Browns for Odell Beckham Jr (one of Madden 20’s Top 5 WRs. Peppers may be primed for a breakout year, but he can’t carry this entire defense on his shoulders. Help.

The highest-rated player on the Dolphins defense is CB Xavien Howard (83 OVR). When that’s the high-water mark for a player’s OVR on defense, it’ll be tough to get a stop of any kind when this unit is on the field.