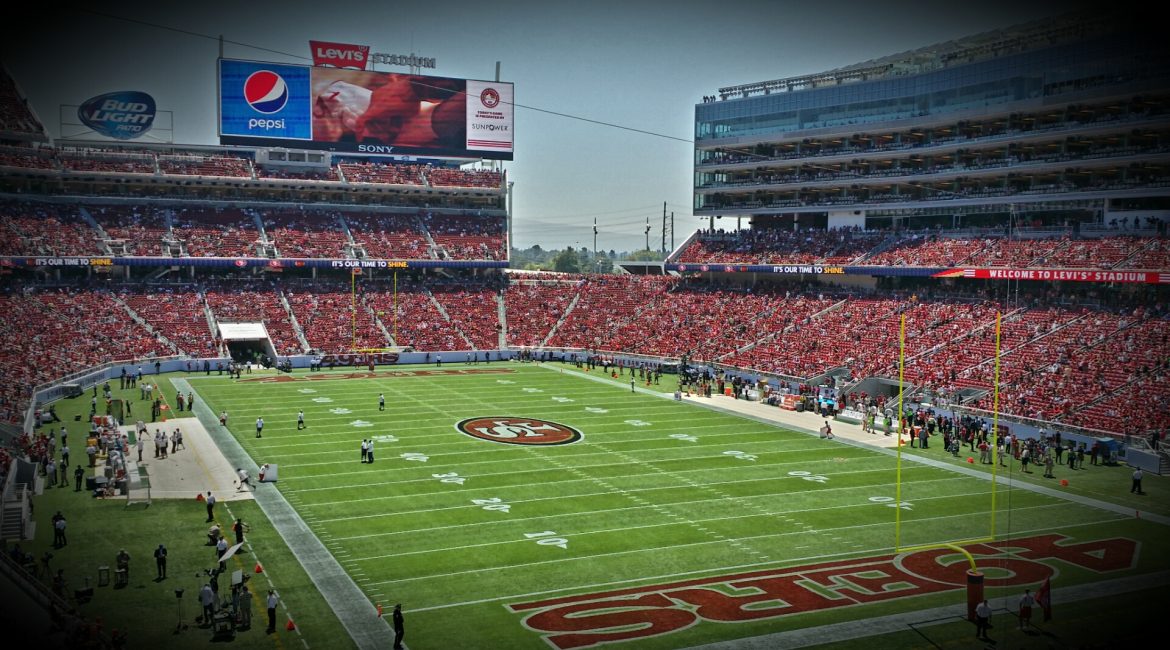 The 49ers would get the ball first and without hesitation put an impressive 77 yard drive with a TD from Colin Kaepernick to Anquan Boldin. On the Bears first possession their drive would end with Jay Cutler throwing an INT around midfield to Chris Cook. Couple plays later Kaepernick finds Michael Crabtree wide open across the middle and hits him with a strike as Crabtree makes a nifty move for 6. Just like that the 49ers were up 14-0 and the Bears were digging themselves in a big hole. With 6 minutes left in the 2nd quarter Frank Gore finds the endzone with a 1 yard run to put the 49ers up 21-0. Heading into halftime the 49ers had total control of the game up 24-0

The Bears would get the ball first and put together a much needed scoring drive as Jay Cutler finds Santonio Holmes on a slant to cut the lead to 24-7. They would keep on rolling as the 49ers keep going 3 and out. With 5 mins left in the game Jay Cutler find Martellus Bennett to make the score 24-14. San Francisco would fail again to chew up clock as they left the field with another 3 and out. Jay Cutler puts together another brilliant TD drive on his next possession as he went 83 yards on 3 plays, only taking up 35 seconds off the clock. The crowd was stunned after the Bears recovered the onside kick. With Chicago’s offense rolling and San Francisco’s defense gasping for breathe the visiting team had other plans for the debut of Levi’s Stadium.

The Bears would tie it up with a field goal,  36 seconds left as the two teams are getting ready for overtime. Momentum was obviously on the Bears side as they scored 24 straight points to tie it up. San Francisco won the toss and elected to receive in overtime. They would march down to the Bears 37 yard line and got an unfavorable call to make it 4th and inches. Coach Mike Nguyen had a decision to make, he ultimately decided to take the 3. He has total confidence in his defense to stop this red hot Chicago offense. 2nd and 10 on their own 20 yard line the San Francisco defense would step up and secure victory as Jay Cutler forced a pass that was picked off by Patrick Willis.

After the game we were able to get a couple words from Coach Mike Nguyen.

49ers Beat Writer: How tough of a decision was it to not go for it on 4th and inches in overtime and take the 3 instead?

Coach Mike Nguyen: It wasn’t really tough I didn’t second guess my faith in our defense. I knew the Bears scored 24 straight on us to force overtime I really wanted to Defense to step up make a play and end the game.

49ers Beat Writer: What did you think of the play from your starting QB?

Coach Mike Nguyen: I thought Colin was razor sharp tonight. I think he was 18-20 90% completion. 257 yards to go with 2 TDs and 1 INT. Passer rating of 131.2 I don’t think you can ask for a better game then that. Having Vernon Davis back from injury helps a lot also he gains so much attention all these other guys like Crabtree, Boldin and Stevie Johnson are allowed to run free down the field.

The 49ers travel to Scottsdale, Arizona to take on the 2-0 Cardinals. First divisonal game for each team.

The Bears Travel to East Rutherford to take on the New York Jets (0-2) on Monday Night Football.