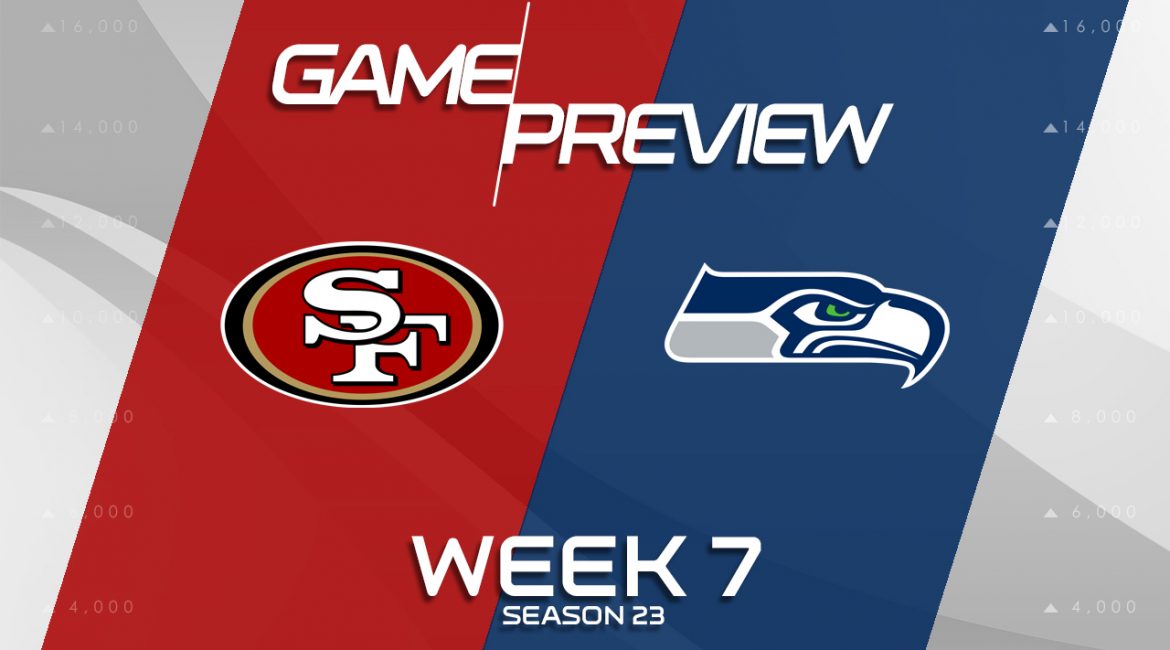 Seattle, WA — The San Francisco 49ers take on the Seattle Seahawks for the second time this season in this week’s Game Of The Week.

The 49ers have been on a downward spiral since starting the season 1-0 and with last week’s loss to the Dallas Cowboys, the 49ers are last in the NFC West and tied with the Detroit Lions and Tampa Bay Buccanneers for the last place in the NFC. A win this week would put the 49ers a game back of the Seahawks.

Meanwhile, the Seahawks find themselves at top of the NFC West with a record of 3-2. They snapped their two-game losing streak with a win last week against the Washington Football Team. “This is a big game for both of these teams,” said Seahawks quarterback Jordan Love “We know what’s at stake. A win for them puts them right back in the race [for the division] we want to avoid that and put some separation between us and the rest of the teams behind us, a win this week would help with that.”