49ers hand Cowboys their first loss of the season 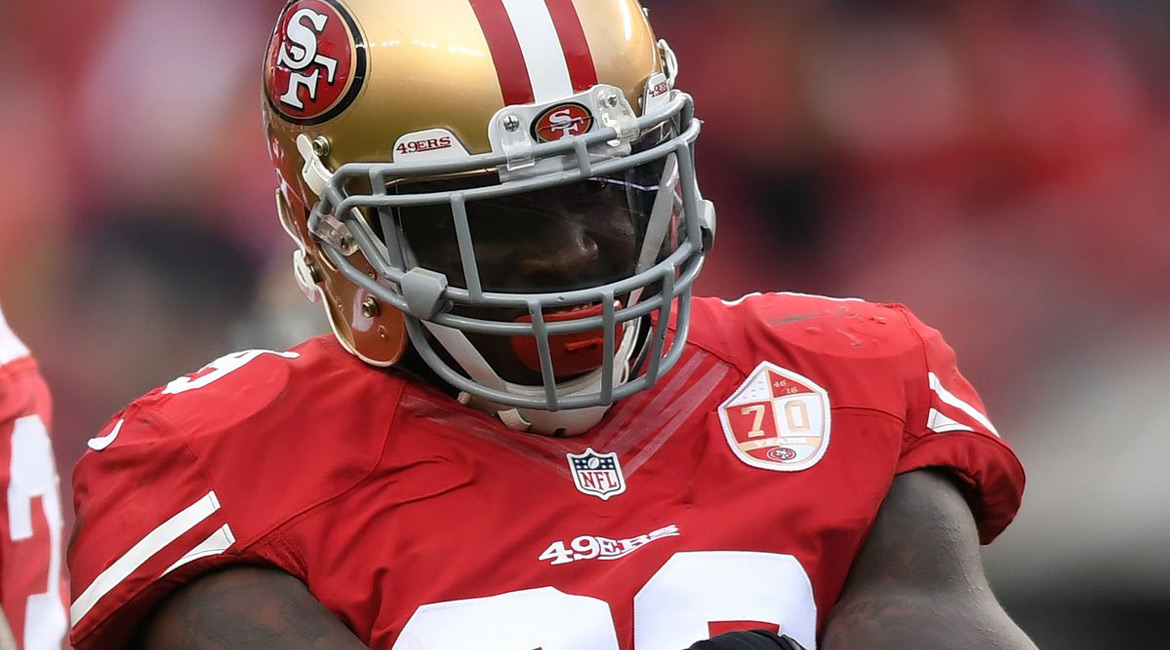 Down 10-17 to start the 4th quarter the Cowboys were unable to keep the 49ers out of the end zone. Torrey Smith caught his 3rd touchdown of the season to give the 49ers a 10-24 lead. The Cowboys were unable to do anything with the ball on their next possession, which forced them to punt the ball and once again the 49ers were able to get points on the board with a 38 yard field goal that pushed the lead to 17 points and killed any hopes the Cowboys had at a comeback.

49ers’ CB Jimmie Ward forced two fumbles that led to two touchdowns, both inside their side of the field. Ward also finished the night with nine tackles and two assists.

Fumbles were the main reason for today’s loss. The two fumbles the Cowboys lost were within the 49ers red zone. The second fumble was the one that really did the damage, as the Cowboys were down 10-17 and Dez Bryant lost the ball after a hit by 49ers’ Jimmie Ward on the 21 yard line. “We are not going to win many games when that happens. I should of held on to the ball better in that play. We’ll be alright you know? But just need to make sure I and the rest of the guys play better next week and not make the same mistakes we did this week.” said Cowboys wide receiver Dez Bryant during his post game interview.

Another key stat that hurt the Cowboys was their lack of a running game. Cowboys coach Andres Perez was asked about why he decided to not use Ezekiel Elliott more “Well first off, that is all on me. I always tell they guys stick to the gameplan and I made a bone head move by not sticking to it. I take full responsibilty for that and will address that going forward.”