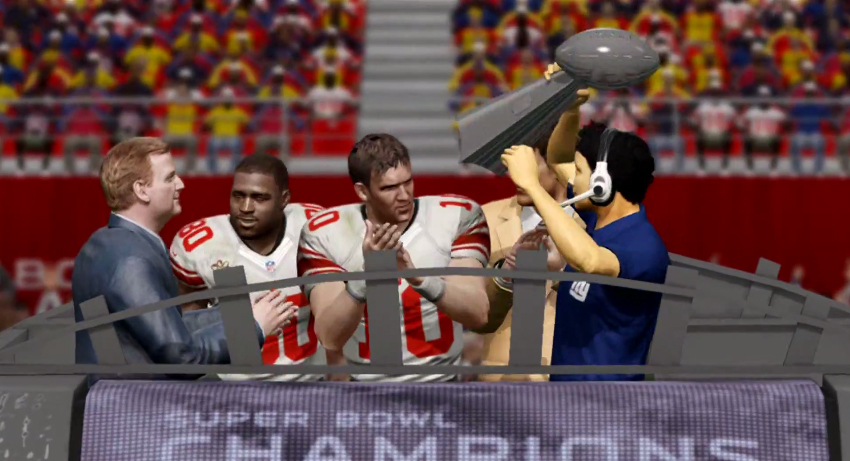 With all the excitement of the league going to Playstation 4, one major thing has gotten lost  is the amazing win by coach Jeff Jarin and his New York Giants. Coach Jeff has been in the league since day one back in 2009. Things started out rocky for him but overtime he went from winning 3 games to a playoff contender every season.

This year was no exception, coach Jarin finished second in the NFC east with a record of 12-4 and even though his team had to play every single playoff game on the road he took down every team in his path, including the undefeated Dallas Cowboys.

The Giants and Texans faced off in 2K OLF Super Bowl III and like the two before it, it was a classic! We will have a complete post-game page soon, but in the mean time we’d like to congratulate coach Jeff Jarin and his New York Giants on a great season and for those that missed it, click on the video below to watch the game!