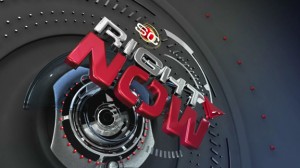 Good morning everyone and a happy Sunday to you. Here is what’s happening right now in the world of 2K OLF. Rumors out of Oakland, the Raiders are said to have found their new head coach after interviewing Max Ferias, word is the team could announce his hiring as early as tommorrow.

Other teams making news this weekend, the Cleveland Browns are said to be interviewing for their vacant head coaching position but no word on who exactly it is they are talking to. The Cincinatti Bengals have filled their head coaching position with the hiring of Ryan Zehnder, coach Zehnder went 12-4 last season as the head coach of the Kasas City Chiefs “I’m happy to be starting this new job, I think this team is ready for that next step with my help” the Bengals were 4-12 last season.

Baltimore Ravens have announced their new head coach, Luis Llado will be taking over the Ravens. This move comes as a surprise to the Chargers who finished the season with a record of 11-5(3rd in the AFC west) word was coach Llado felt it was time for a change after just one year with the team.

On a final note, the New York Giants are said to be closer in reaching a deal with 2K OLF Network to broadcast all of their regular season games and possibly pre-season if a deal can be made by the end of the Draft week.

That’s gonna do it for now, be sure to follow us on Facebook or Twiiter for the latest news and updates around the league.