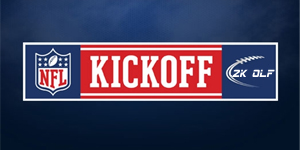 Tomorrow EA will release the roster update the league has been waiting for. The update will include a new instant start option when creating a player in CCM. The team has also fixed numerous stability issues and GameFace improvements. Once the update goes live, the league will kickoff. All 2K members should begin to schedule their games in our Forums. This will be the first year we have a pre-season which means we are 5 weeks/games behind. We strongly urge ALL 2K OLF coaches to schedule their games as soon as possible, if you cannot make it set your profile to Auto-Pilot so that the other user may play your team. Week 1 of the pre-season will advance on Saturday at 10pm PST. Full Pre-Season schedule will be posted soon under Schedules.

Madden NFL 13 Title Update #2 will be available tomorrow on the Xbox 360 & PS3. The update includes a new instant start option when creating your player in Connected Careers, numerous stability fixes, and GameFace improvements.

We’d also like to remind fans who have been asking about the ability to edit players and rosters in Connected Careers that based on your feedback, the development team is currently exploring the potential option to include additional functionality in Madden NFL 13 in an upcoming title update. We’ll update you with more information in the coming weeks after the team has time to investigate and assess the situation.

UPDATE: So today’s update did not include a roster update for Connected Careers. According to EA’s twitter feed that update will come out on friday –

The #Madden13 Connected Careers roster update will be available on Friday, September 14th for the Xbox 360 & PS3.

So this means league kick off and league invites will be pushed back to Friday.

UPDATE 2: According to Ripten, Josh Looman and the Madden team have a “shocking” announcement coming sometime tonight or tomorrow –

While he wouldn’t be specific in terms of what the suprise announcement was, he stated that the Connected Careers team has been working very hard and has a “shock” worthy reveal up their sleave that they plan to announce either tonight or tomorrow. And this isn’t something we’ll have to wait months to get our hands on either. Josh quickly added that they hope to have it in the game within a weeks time from the announcement.

I can tell you without a shadow of a doubt that whatever they are working on is much more than a mere roster update. Josh stated that he initially wasn’t sure if this would be something they would be able to get done in time, but thanks to the diligent effort of he and his team, it became clear that the feature was on track to becoming possible sooner rather than later.

What are they talking about? Perhaps they are going to add a fantasy draft and the ability to edit all players, since that something a big part of the Madden community is upset about. For us we hope it’s that the EA website has turned on all the features we were promised, TEAM STATS, PLAYER STATS, Gameface showing in the game for all users and on the website (although we took care of that in Team Profiles).

Whatever it is what matters to this league is the updated rosters so we can start the league!