Well after yesterday’s events from E3, we at 2K Online Franchise are proud to announce we will be moving the league to Sony’s Playstation 4. Huge thoughts went into this decision and so far the response from league coaches has been overwhelmingly positive.

We can officially confirm that the coaches for the the 49ers, Raiders, Patriots, Redskins, Cowboys, Giants, Vikings and Bears will be on PS4. 49ers head coach Michael Nguyen said he was ready for this announcement “We want the best and not afraid to switch it up to make it happen. Iphone to Samsung Galaxy S4, Xbox 360 to PS4, winning!!” Redskins assistant coach aka BigMike was also thrilled with the decision “I was hoping we would be PS4!”

We know not all will go PS4, if that is the case please make the decision knowing all the facts about Xbox One. Below are links that explain Microsoft’s new strict policies regarding DRM, used games, mandatory game installs, mandatory internet connection and other restrictions that drove our decision to change platforms.

Thank you all who have been with us from the start, we started this league 3 years ago and thank you to the core members who have stuck with us season after season.

Xbox One: Details on Connectivity, Licensing and Privacy Features

No renting, no loaning. No private sales (unless selling to someone who has been on your friends list for 30 days)[no longer the case]

Console Checks in Every 24 hours [no longer the case]

You can give a game to a friend only if they have been on your friends list for 30 days, and then it is stuck with them. [no longer the case]

Up to 10 family members can play your games from any console at any time [no longer the case – IT IS NOT BECAUSE THEY WERE FORCED TO CHANGE POLICIES, THEY JUST DON’T WANT TO DO IT.]

PlayStation Plus: What you get for 49.99 a year

Subscribers receive access to the Instant Game Collection, exclusive and early access to demos, automatic updates, and various discounts, among other things.

NO RESTRICTIONS ON GAMES – Trade, borrow, sell, no restrictions.

No need for constant online connectivity – YOU DO NOT need online to play games, your system will NOT stop working after 24 hrs of no internet.

PS4 vs. Xbox One vs. Wii U Comparison Chart

*Confirmed to IGN by a Microsoft representative.

This chart compares the physical contents of the launch day bundles of the PlayStation 4, Xbox One and Wii U. Other console comparison features are outlined above.

A console is not just the sum of its tech specs and features. Games matter too! 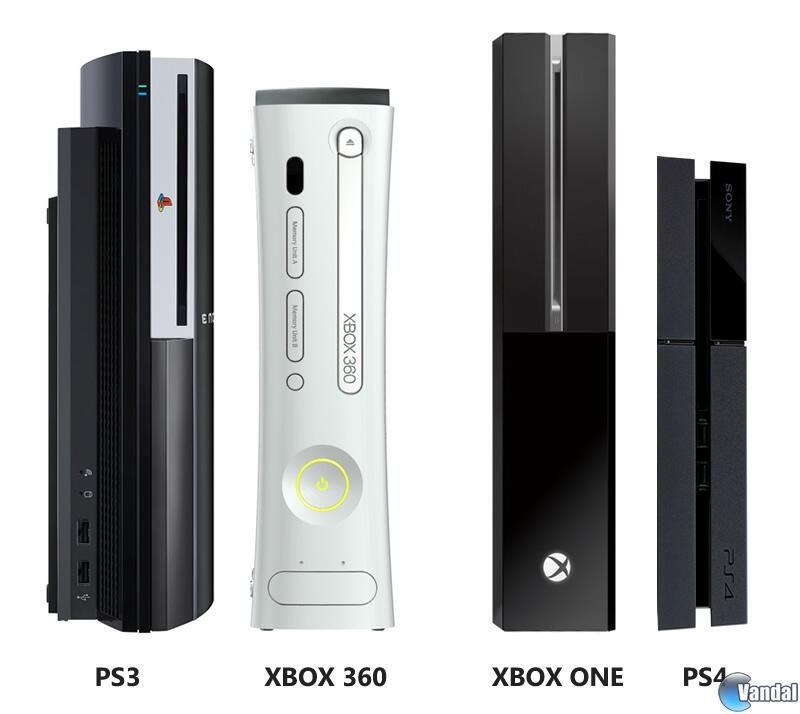