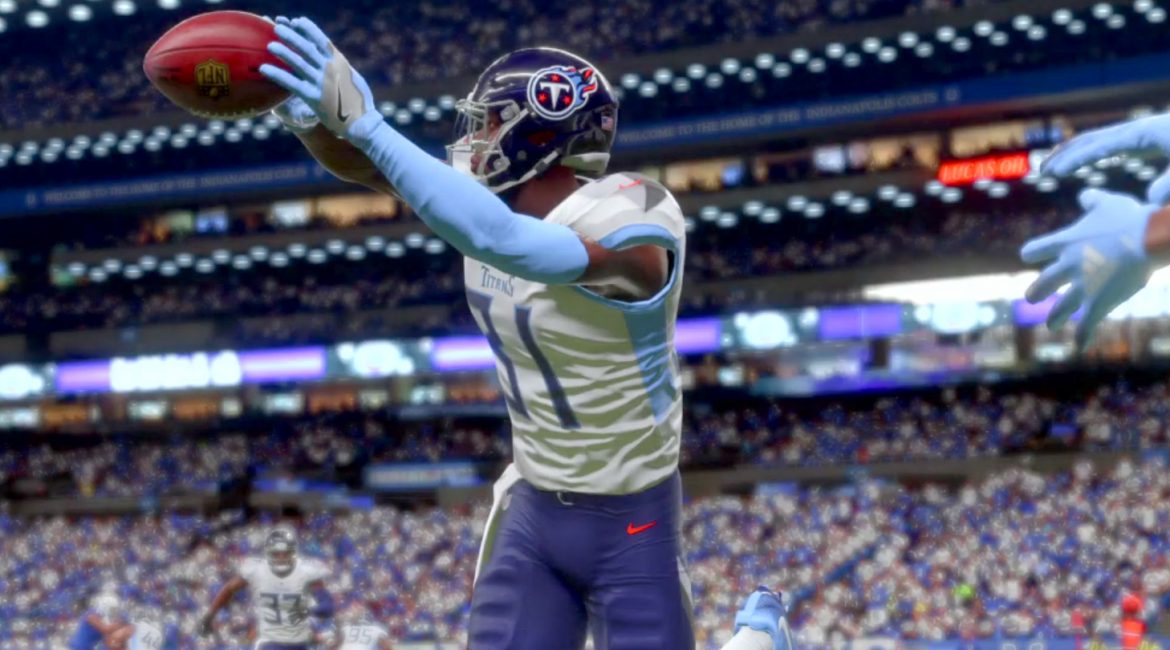 Indianapolis, IN – At times, a game can be so impactful that it defines a teams season. On Sunday, the Indianapolis Colts welcomed the Tennessee Titans into Lucas Oil Stadium for what was a thriller from kickoff to the final whistle of an overtime tie.

Yes, a tie. Five quarters was not enough for the two teams that combined for 90 total points, over 1300 yards, a whopping 6 turnovers, all with 100% red zone efficiency while maintaining the discipline of only 57 combined penalty yards (only 5 of which came for your Titans). In what was pegged as the 2K OLF game of the week and an important early divisional showdown came up with everyone wondering if either of these teams would have anything left in the tank for the next 14 matches on their schedules.

The Titans trailed for the bulk of the game, as the Colts took the opening kickoff back for a touchdown and never looked back on the big plays. Despite scoring six touchdowns, they only made 1 trip to the red zone. The Titans however, took a more methodical driving approach as they matched Indianapolis score for score by using the bruising Derrick Henry at running back. Henry marched for a whopping 222 yards and 3 touchdowns on 28 carries and added another 6 catches for 43 yards through the air.

The passing game with Marcus Mariota struggled for a second week, as the ball hawking Colts defense was able to pick him off 4 times. There was however some silver lining to the rough showing, as rookie wide receiver Lamarcus Chris lead all Titans receivers with 6 catches for 87 yards and his first professional touchdown in the regular season. Backup tight end A.J. Derby would go on to snag the second Mariota touchdown of the day, his only reception in a crucial 4th quarter drive that sent the game to overtime.

A goal line stand in overtime kept the Colts from clinching it, and Marcus Mariota patiently drove the team down to the other end for a Ryan Succop kick that left not enough time remaining for any Indianapolis sudden death answer.

Some notable stats from the game:

Next week, Tennessee is off to Kansas City to meet the Chiefs while the Indianapolis Colts will head west to face the Oakland Raiders. Both teams are now 1-0-1 on the year.