Titans and Mariota Shake Off Cold Start to Roll Dolphins 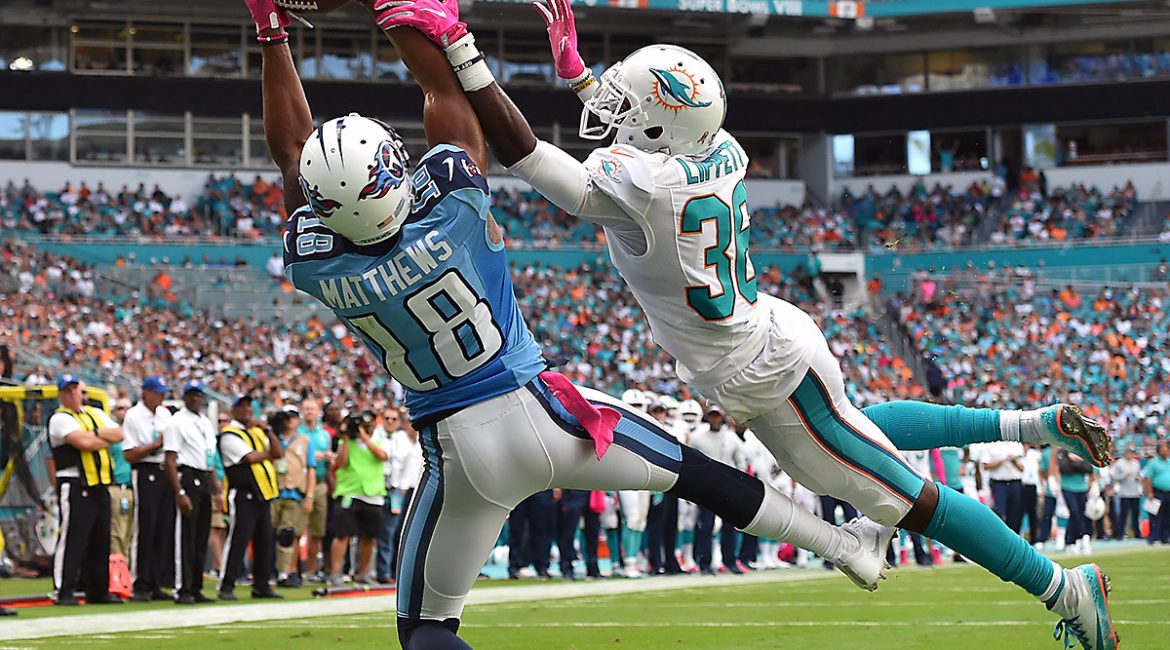 Nashville, TN — Last year, Marcus Mariota was a one man show leading the Tennessee Titans to over 3,000 passing yards and another 1,000 on the ground. Titans Head Coach Nicholas Franklin said he’s okay with letting his star QB be himself and put up gaudy status in the process.

On Sunday, the young leader picked up where he left off by knocking off the Miami Dolphins on the road 31-17. A shakey first quarter lead to the Miami team putting Tennessee in a 14-3 hole thanks to a tip drill interception intended for Corey Davis. But Mariota would then go on a tear with 28 unanswered points that included four touchdown passes divided two-a-piece for Rishard Matthews and Delanie Walker.

Mariota would finish the day 23 of 31 with 402 yards and 4 touchdowns to 1 interception. He would add another 37 on the ground with just 6 carries.

Tennessee opens their home schedule next week with the division rival Houston Texans coming into Nashville.