Pre-Season schedules and the laziness of EA 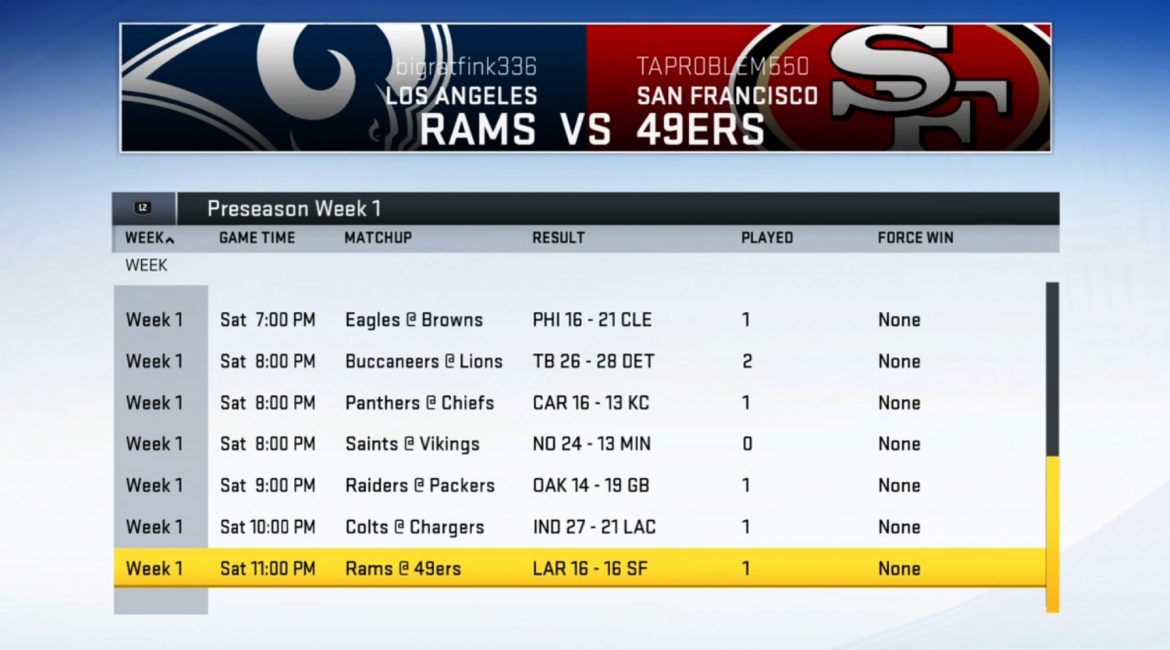 Salem, OR — Season 20 is just a few days from starting its preseason. If you’re wondering what your preseason schedule is, you’re in luck! “Why?” you ask, well it’s because EA never updates the preseason schedule. “What!?” you say? Yes, it is true. Let us break it down for you.

Each year when a new Madden is released, it comes with updated rosters and schedules. The first season of any online or offline franchise will have the authentic, real life, schedule. Below is the Dallas Cowboys preseason schedule that came with the release of Madden 20.

Now let’s take a look at the preseason schedule for the next season.

Then the season after that (3rd season in Madden 20)

See the pattern? “Oh but that’s only from Madden 20” Nope! Below is the schedule from the second preseason in last year’s Madden 19.

And it goes on and on like that in every Madden released since Madden 16. This is a clear example of EA Sports putting franchise way in the back of their priorities when it comes to development. It can’t possibly be that hard to randomize the pre-season schedule, they have the regular season change so why not the preseason?

“Oh but it’s just preseason, who cares!?” you might say. Well, this example covered just the Cowboys schedule, there are other teams like the San Francisco 49ers who play their division rivals the Los Angeles Rams in the preseason every single time after the first season of a new Madden. Not only should that not happen, but then it makes it so those two teams have a shot at playing one another 4 times a season! Pre-season, twice in the regular season and a potential playoff match.