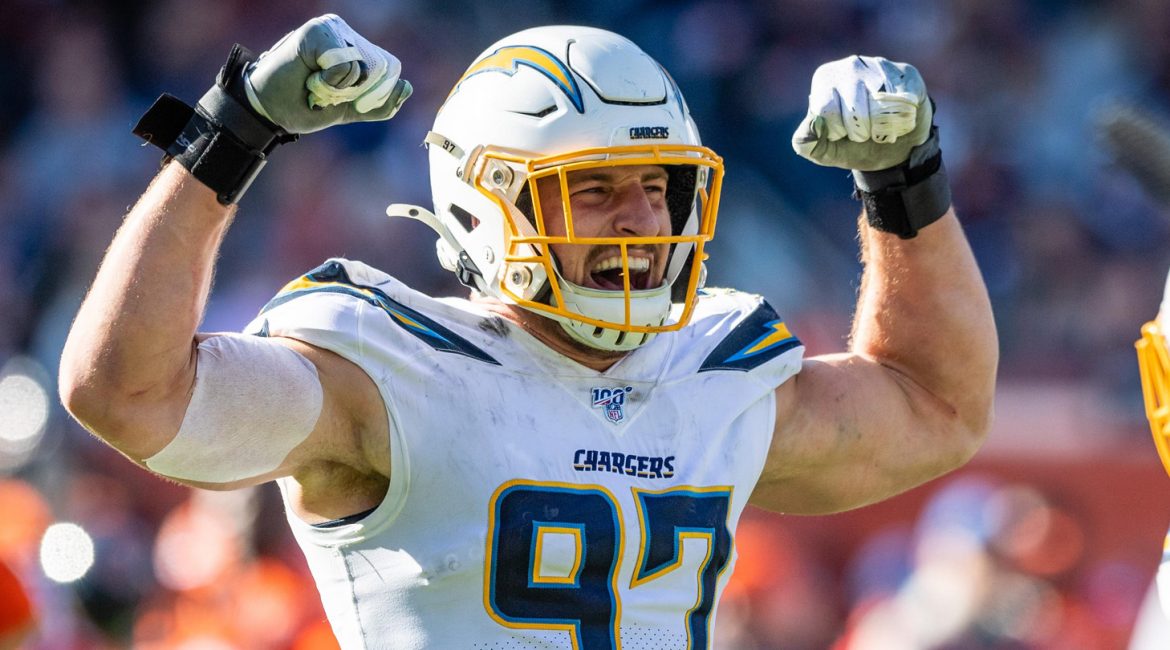 Los Angeles, CA — In week 6 the Jacksonville Jaguars took on the Los Angeles Chargers and everyone in attendance was treated to an outstanding defensive performance by LE Joey Bosa.

Bosa set a new 2K Online Franchise single-game record with an unbelievable twelve sacks! Bosa has been on fire all season long and last week’s performance has him on pace to break the previous record of 35.5 sacks set by Dallas Cowboys‘ DeMarcus Lawrance back in season 17.

“I was in the zone all game long like I’ve been all season. I don’t even know what to say really. It’s been a great season so far, I’m sure this record will hit me later but right now I’m just happy we got the win.” said Bosa in his post-game interview.

Click on the video below to see how he managed to set this new record.